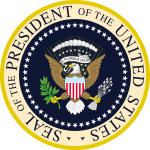 On February 9, President Trump ended the government shutdown by signing the Bipartisan Budget Act of 2018. This Act is a 2-year, $300 billion increase to the defense and nondefense spending caps for fiscal years 2018 and 2019. The bill includes provisions to certify every low-income community in Puerto Rico as a qualified Opportunity Zone. The legislation also provides up to $90 billion in disaster aid to communities affected by the 2017 hurricanes, wildfires and other natural disasters; a suspension of the debt ceiling through March 1, 2019; and an extension of the continuing resolution to keep the federal government operating through March 23. Provisions of the Senate’s Cantwell-Hatch bill to expand the LIHC program were not included in the final bill.