On October 13, 2017, the Social Security Administration announced that the nation’s nearly 66 million Social Security recipients will receive a 2% cost of living increase for 2018. This is up from last year, which saw a 0.3% increase. The increase will show up in regular Social Security checks in January and for Supplemental Security Income (SSI) benefits on Dec. 29, 2017. 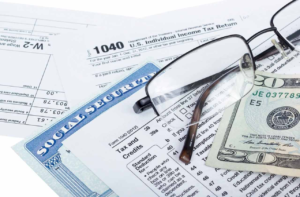 Since 1975, the law has linked Social Security COLA to the Consumer Price Index for Urban Wage Earners and Clerical Workers (CPI-W). It is set each October based on the CPI-W for the 12 months ending September 30. Social Security COLAs have flat-lined at unprecedented lows over the past seven years, averaging just 1.2% a year, which is, less than half the 3% that COLAs averaged from 2000 to 2009.

In 2016, there was no Social Security COLA increase so Part B monthly premiums didn’t go up for seniors covered by the hold harmless provision. Instead, they remained flat at $104.90. In 2017, Social Security experienced a tiny 0.3% COLA which resulted in average Part B monthly premiums rising slightly to $109 for seniors in the hold harmless group and to $134 for those not in this group.

At this writing, the Medicare Part B premium has not been released but should be soon.

My goal, quite simply, is to prevent people from feeling overwhelmed by the program rules and all of the responsibilities that come with managing a Housing Credit property like I was when I was in the field! It was so frustrating! So when I started Elizabeth Moreland Consulting, I vowed to make a difference and to help people become Compliance Confident!“

Elizabeth is the affordable housing industry’s most sought after speaker, trainer and consultant due to her dynamic speaking style, concrete understanding of the various affordable housing programs’ rules and nuances, and sense of humor & style in delivering such information and advice. As the President of Elizabeth Moreland Consulting, Inc. and the Housing Credit Training Center, Elizabeth has taught thousands and thousands of industry professionals from across the country. Much of her expertise is garnered from her years in the trenches of property management working with all types of housing including Housing Credits, HUD Section 8, HOME, Bond, special needs, students and conventional. She has held practically every position in this field and has over 25 years of experience, so her advice and teachings are realistic and proven in the real world of affordable housing!
END_OF_DOCUMENT_TOKEN_TO_BE_REPLACED