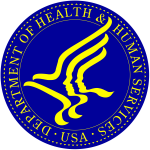 On January 31, the Department of Health and Human Services (HHS) published the 2017 poverty guidelines in the Federal Register (82 FR 8831) for the 48 contiguous states, the District of Columbia, Alaska and Hawaii. The figures were made effective January 26.

These figures are used by HUD to determine the  Extremely Low-Income (ELI) limits which are mainly used by the Housing Choice Voucher Program. Despite the fact the poverty guidelines play no role in the Housing Credit or Bond (MTSP) income limit figures, HUD waits and releases both the HUD and MTSP limits at the same time. Of course, now that these figures are released, HUD will need a bit of time to incorporate this data into their calculations.

Like last year when the limits were published on March 28, it is expected the 2017 Income Limits will also be published sometime in mid- to late-March.